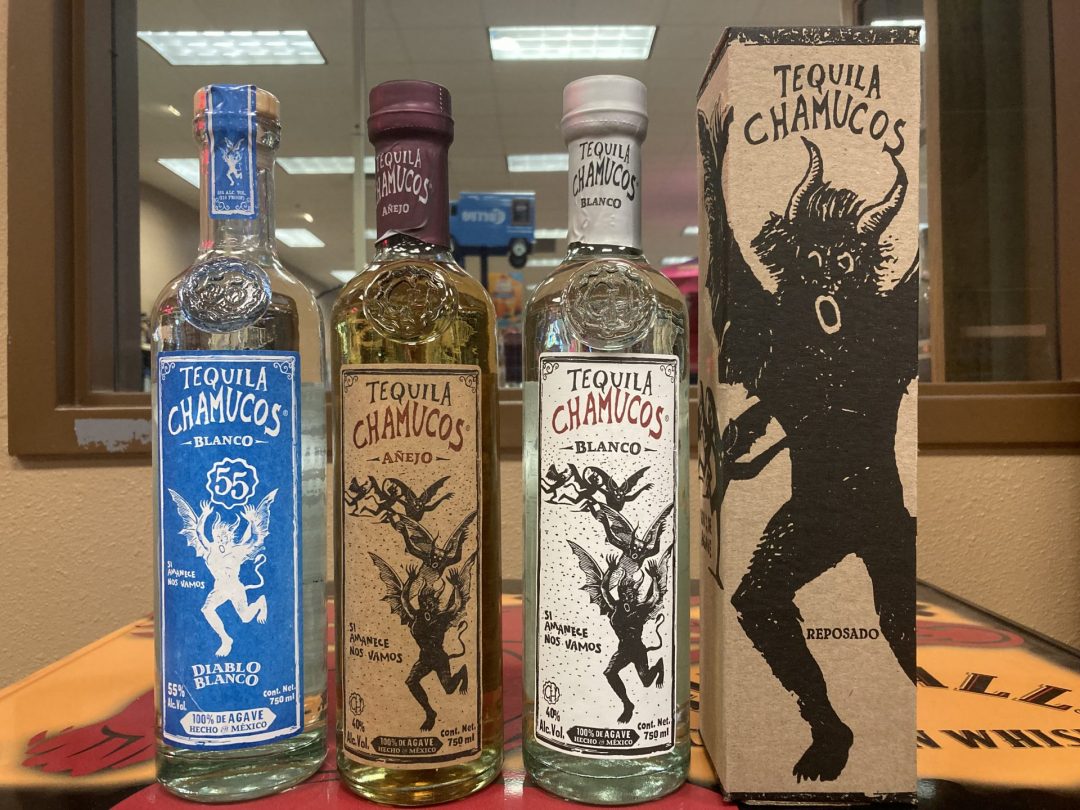 Chamucos Tequila was originally conceived in 1992 by two friends; the Oscar nominated Mexican film director, Antonio Urrutia, and his close friend, a hand-blown glass bottle artist/ producer, Cesar Hernandez. US Importer Mark Howard was interested in creating his own tequila brand and saw a bottle while visiting Cesar’s glass factory. Chamucos Tequila was originally produced and bottled as Reposado only. The recipe/formula was the collaboration of the group (Cesar, Antonio and Mark) lead by renowned Master Distiller, Ing. Hector Davalos. Chamucos was launched in both Mexico and the US in 1994. Chamucos Blanco was first introduced in 2009 and Chamucos Anejo in 2010. Today, Chamucos Tequila is sold in eight countries. Leading in sales is the U.S. followed by Mexico.