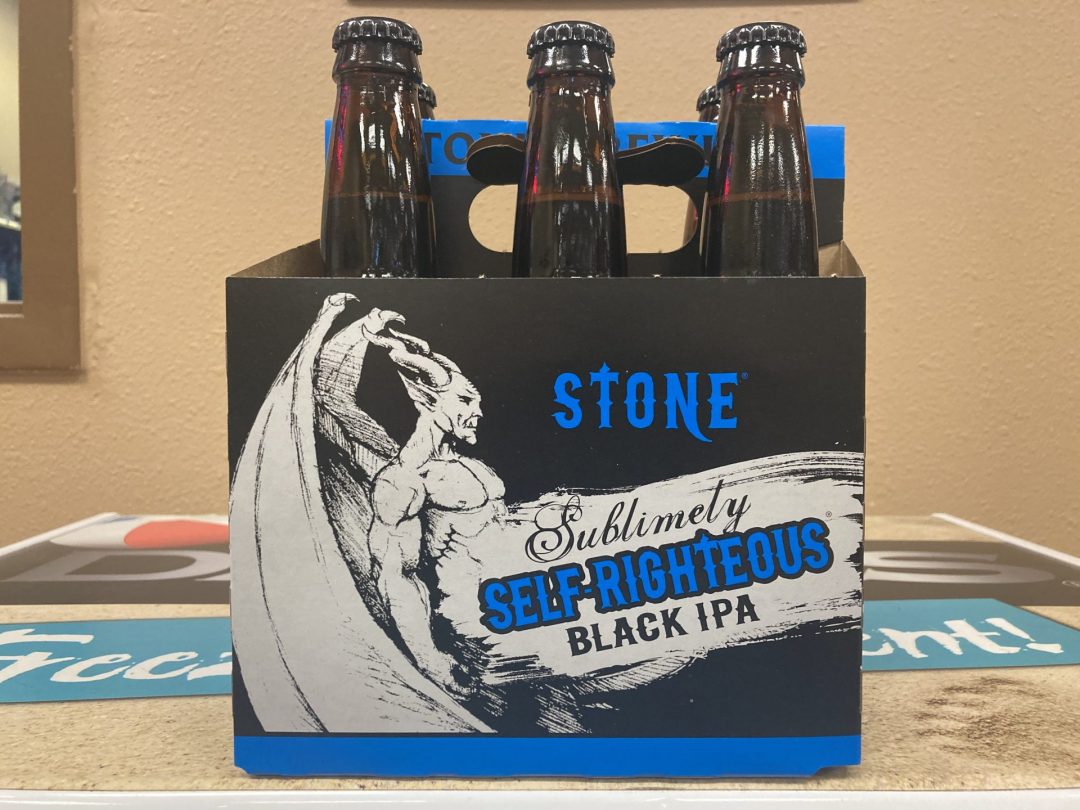 Stone Sublimely Self-Righteous Black IPA graced our year-round lineup for a few years before its retirement in 2015. Since then, nearly every single day, we receive multiple emails, phone calls and social media comments from diehard fans of this hoppy and dark delicacy, pleading, begging and sometimes demanding us to bring it back. (Seriously, we tried to add them all up and it was easily into the thousands.)

Because you can’t keep a great beer permanently retired, it’s made a few cameo appearances in our Stone Mixed Packs as well as on draft at our Tap Rooms and Bistros over the years. But now it’s back nationwide on its own in all its glory. Original recipe. Original artwork.